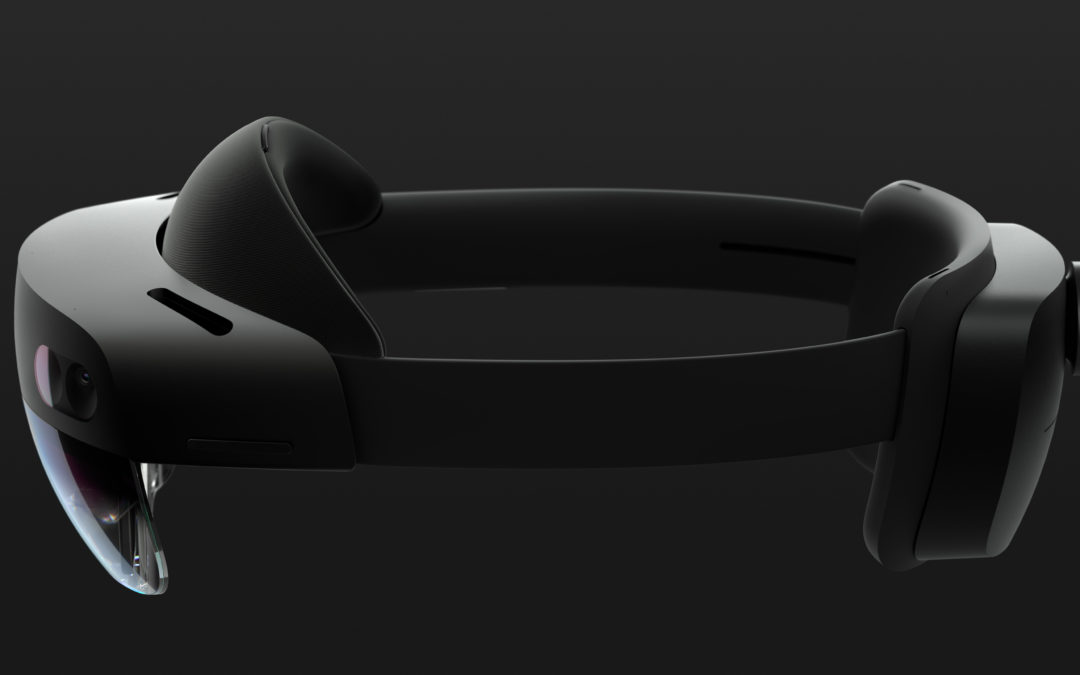 Microsoft first launched the mixed reality device HoloLens in 2016; its successor, the HoloLens 2, appeared three years later. The headset has a new design, but there is more to it than just visual modification. Bitnamic presents the most important functions and significant changes of the HoloLens 2 compared to its predecessor.

Appearance and main area of ​​application of the Microsoft HoloLens 2

In general, the Microsoft HoloLens 2 can be described as a hands-free controllable computer with WLAN connectivity that does not require any cables or external accessories. The device sees everything the user sees and is controlled by voice or gestures. The display opens up an additional, digital information level within our reality. This interaction with holographic elements that remain in user-defined positions and react like physical objects – that’s mixed reality.

The HoloLens 2 was designed for the industrial sector, as it’s the biggest field of application – especially with regard to remote support, i.e. location-independent problem solving, visual inspection, etc. The numerous improvements that can be determined in a direct comparison with the previous model HoloLens 1 are also aimed at this. In our opinion, an upgrade to the successor is definitely recommended.

New and further developed features of the Microsoft HoloLens 2

In terms of size and weight, not much has changed – both models are one size, the HoloLens 1 is only 13 grams heavier. More serious differences can be found in the handling, the field of vision and other aspects.

With the HoloLens, Microsoft has developed an augmented reality device that makes it possible to merge reality with virtual content and thereby facilitate all work processes, especially in the industrial sector. The HoloLens 2 builds on the advantages of its predecessor, offers improved and new functions for even more efficient handling.

In combination with bitnamic CONNECT, also available as an app for both HoloLens models, maintenance processes can be significantly accelerated and complex problems on machines can be quickly resolved under expert guidance. How this works in practice, you can read in our article Maintenance and service with Remote Maintenance and Microsoft HoloLens.

Give your employees the right tool to design or review work environments, train complex procedures and advise customers – all completely independent of location. Welcome to Industry 4.0.