VIOS AR in check: The future of industrial maintenance?

Is Augmented Reality (AR) the future of industrial maintenance? In March we were able to present possible applications for AR in service and maintenance at the CeBIT in Hannover. The visitors experienced an industry-oriented scenario, which was supported by Microsoft HoloLens glasses and VIOS AR. In our AR demonstrator, a component from aircraft construction was examined for material defects. The component could be examined for defects by an ultrasonic measuring device. The procedure is called Non-destructive testing (NDT) – the examination of a material for defects without damaging it. Usually the technician has to look at the screen of the instrument to which the gauge is connected to see the measurement results. This necessity is eliminated with the use of the HoloLens, allowing more efficient work. During the demo, possible error areas for examination and the measurement results were displayed on the HoloLens in a suitable manner. The technician is thus guided and instructed through the maintenance process. But how did our AR demonstrator go down with the visitors? Does AR have the potential to speed up and simplify maintenance processes or do they become unnecessarily complicated? To answer these and other questions, we collected feedback from our visitors during CeBIT.

The HoLolens offers state-of-the-art technology and is only available in Germany since November 2016. Therefore it was interesting for us to know how many of the visitors had used a HoloLens before. Only 18% had already had experience with the glasses, while 82% were trying them for the first time at our stand. The result shows that AR and the HoloLens do not yet have as much presence as for example Virtual Reality (VR), which has been presented frequently at trade fairs for several years.

The next questions deal specifically with our AR demonstrator. First of all, we wanted to know if our demo is consistent and understandable or not. There were four possible answers: very negative, negative, positive and very positive. Only 3% of the visitors answered the question negatively and did not find the design of the demo consistent and understandable. The overwhelming majority (97%) got along well and 60% even gave a very positive evaluation. Experience with the HoloLens obviously did not play a big role in this question either, because both first-time users and users with experience answered the question very similarly on average.

The next question dealt with the operation of the HoloLens. We wanted to know if the demo is easy to use or not. Again the vast majority of visitors (88%) answered the question positively. But this time there were also very negative answers and 9% negative answers. The reason for this can partly be found in the comments of the visitors. The small field of vision of the glasses was criticized several times. This is due to the compact design directly on the head. More computing power would lead to a high heat development. However, the first impression fades after a short introduction. The perception gets used to the field of vision quite quickly. In addition, there are applications where it can be useful to be able to perceive reality without being influenced. Occasionally, the gestures used to control the demo didn’t work optimally either. This again shows how new the technology is and that the gesture control can cause problems, especially when using the HoloLens for the first time.

The key question for us was: Does the use of the HoloLens in such a scenario bring an advantage, or in other words, does it make it easier to complete the task? This is decisive for whether Augmented Reality has the potential to be used in service and maintenance. And indeed, 100% of the visitors were of the opinion that the task could be completed more easily with the HoloLens and VIOS AR. More than half (58%) even saw a significant relief. Especially the evaluation of the last question showed us that Augmented Reality has the potential to make digit 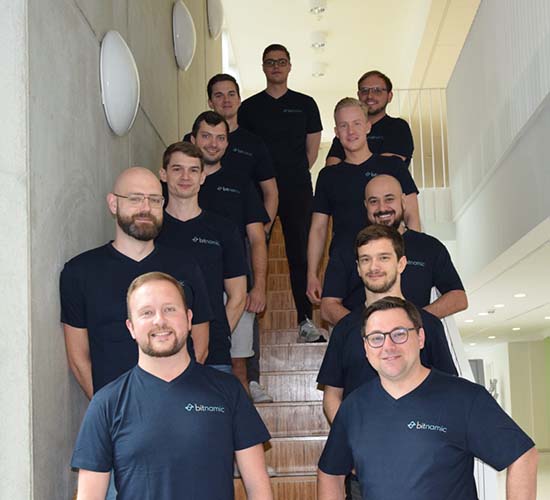